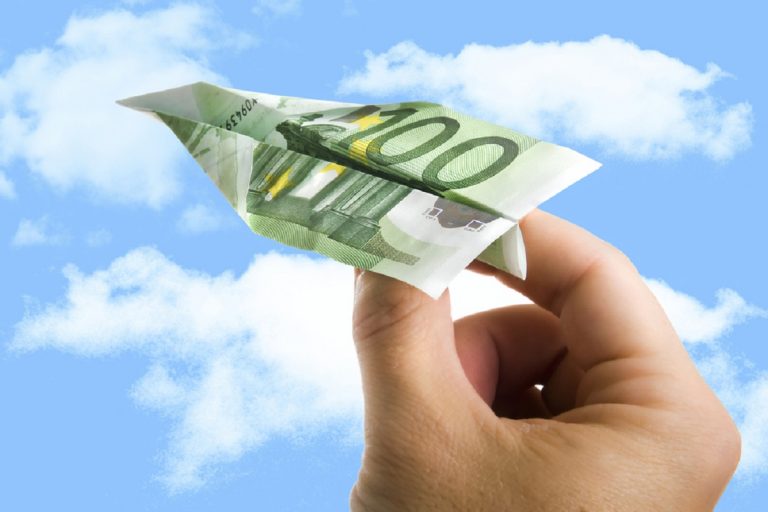 The definitive guide of the world’s low-cost airlines

Whether you like it or not, the success of the low-cost model is undeniable and it has transformed the airline industry forever.

It is important to understand that airlines have slim profit margins and huge fixed costs. In order to maximise profits, no-frills carriers combine an opportunity to charge their customers for all sorts of extras, such as meals, baggage allowance, seat selection, in-flight entertainment… while at the same time undercutting traditional airlines, with shorter turnaround times (the time it takes to offload a flight and load the next one), flying to secondary airports, smarter fleet acquisition strategies, etc. It is a highly efficient system where only one thing matters: lean profits. Of course, it is not without its problems, as recent tensions between flight crew and management have shown, but nobody said they were perfect.

In a de-regularised market where volume is key, traditional flag carriers -afraid of losing market share-, are still trying to fight back (remember BA’s Go airline?) with budget subsidiaries aimed at millennial travellers. And with the introduction of long-haul low-cost flights in recent times, the growth of low-cost flying the seems unstoppable. So we ask ourselves, who are these airlines and where do they fly?

So we have compiled our own list highlighting the most important low-cost airlines in the world, and with a special focus on UK customers.

As you may have expected, Europe is dominated by the “big two”, Easyjet and Ryanair. Both airlines are firmly established in the market, with extremely competitive fares and an extensive network with each serving over 30 countries. There must be few people in Europe that have never been a passenger of an Easyjet or Ryanair flight. Scratch beneath the surface however, and you will soon see there are other airlines that are just as good, if not cheaper, on certain routes.

Norwegian Air Shuttle is the third largest low-cost airline in Europe in terms of passenger numbers. They are best for flights to Scandinavia, but fly to many other destinations too. They currently have Gatwick (LGW) as their UK hub, and also serve Manchester (MAN), Befast (BFS) and Edinburgh (EDI). One of their distinctive features is having free WiFi onboard.

Jet2 is essentially the holiday airline for Northern England. Headquartered in Leeds-Bradford (LBA), they link cities like Manchester (MAN), Newcastle (NCL), East Midlands (EMA)… to all the major holiday destinations like Alicante (ALC), Dubrovnik (DBV), Kefalonia (EFL), Paphos (PFO), Tenerife (TFS), etc. They are great if you live up north and want a holiday in the sun.

Wizz Air is the no-frills-whatsoever airline of choice for flights to Central and Eastern Europe. Their main hub in the UK is Luton (LTN). The Hungarian airline goes further deep into the eastern side of Europe than their competitors with flights to places like Chisinau (KIV), Kutaisi (KUT), Craiova (CRA) or Poznan (POZ). For some migrant communities in the UK, it is the only airline they can use to fly to their homeland.

Other airlines worth mentioning are:

Vueling, IAG’s low-cost airline with many flights to Spain from the UK, with their hub in Barcelona (BCN). One great feature often overlooked is that you can use your Avios points with them.

Eurowings, Lufthansa’s subsidiary with cheap flights to Germany from several airports in Britain. Through their hub in Düsseldorf (DUS), they will soon be flying long-haul too.

Blue Air, a low-cost airline from Romania which has gained a foothold in Liverpool (LPL) and London Luton (LTN).

Low-cost transatlantic flights probably represent the biggest commercial battle ahead for budget airlines. While Icelandair have been serving flights to North America via Iceland for a while now, the real game changer was the introduction of direct flights to New York from London for £150 by Norwegian in 2014.

With such a great demand for transatlantic flights, other competitors did not wait long to follow a similar strategy. IAG and Air France-KLM quickly set up their own cheaper long-haul airlines by creating Level and Joon respectively. However, at the time of writing, neither have UK routes at the moment. We expect that to change soon for Level.

UK to Africa and Middle East

Again, Ryanair and Easyjet dominate with flights to Egypt, Israel, Morocco and Turkey. You can also use Wizz Air with indirect flights to Azerbaijan, Israel and the UAE. Interestingly, Vueling have flights to North Africa, Cape Verde, Gambia, Ghana and Senegal via Barcelona (BCN).

Pegasus Airlines is a Turkish airline that flies to most major cities in Europe, including London (STN) and Manchester (MAN) in the UK. Their hub is Istanbul’s secondary airport Sabina Gökçen (SAW), and are a cheap alternative for flights all over Turkey, as well as Dubai (DXB), Tel Aviv (TLV), the Caucasus and even Kazakhstan.

Air Arabia is a low-cost airline from Sharjah in the UAE. They have an extensive network across the Middle East, North Africa, the Indian subcontinent and Central Asia. From the UK, they have direct flights to Morocco from Gatwick (LGW) and Manchester (MAN).

There are, of course, many other budget airlines around the world that not operate flights to the UK. These are some of the biggest and most important.

Transavia is the Dutch subsidiary of Air France-KLM, with focus cities (AMS), Eindhoven (EIN) and Rotterdam (RTM) from which they fly to continental Europe. We wonder whether it will make sense in the long-run for the group to maintain two low-cost brands.

Fly Dubai is a huge low-cost airline based in Dubai (DXB), with flights across Europe, Middle East, Africa and Asia.

Air Asia is probably Asia’s most famous budget airline. Headquartered in Kuala Lumpur (KUL), Malaysia they operate flights to over 165 destinations in over 25 countries. However, they were not able to establish themselves in Europe and pulled their London and Paris routes in 2012. Maybe it is time for them to reconsider and come back?

Nok Air is a budget airline based in Don Mueang airport (DMK) and is a owned by Thai Airways.

Scoot is based at Singapore Changi (SIN) and is owned by Singapore Airlines.

HK Express is the biggest low-cost airline operating out of Hong Kong (HKG).

IndiGo is India’s best known budget airline and the seventh biggest airline in Asia. They fly to over 50 destinations in India. Their biggest competitor is SpiceJet.

Virgin Australia is Australia’s biggest no-frills airline. They fly to 52 destinations in several countries and are based in Brisbane (BNE). While Qantas has a low-cost subsidiary called Jetstar, which is itself part of a group of four airlines operating out of Australia, Japan, Singapore and Vietnam.

Gol Linhas Aéreas Inteligentes, better known as Gol, is the biggest low-cost airline in South America. Their headquarters are in Rio de Janeiro, although their biggest hub is São Paulo (GRU) Their main competitor is Azul.

Southwest Airlines is the world’s largest budget airline, with a fleet of over 730 aircraft. They arguably invented the low-cost model, and are known for their sense of humour in advertising campaigns. They have their headquarters in Dallas, Texas (DAL).

Also popular in North America is Spirit Airlines. They claim to be ultra low-cost, which we can translate as making their customers pay even more for things that should be included in the cost of the ticket.

On the African continent, Kulula is South Africa’s most popular budget airline. While Fastjet is a group with subsidiaries in Mozambique, Tanzania and Zimbabwe that have Stelios Haji-Ioannu as a shareholder. Africa, along with Latin America, is where low cost airlines are experiencing the highest growth right now.

Why not join our Telegram channel? The quickest way to find out about all the latest holiday offers and travel stories


Warning: call_user_func_array() expects parameter 1 to be a valid callback, function 'user_sign_in_up' not found or invalid function name in /homepages/20/d324181768/htdocs/clickandbuilds/ObpTravel/wp-includes/class-wp-hook.php on line 292